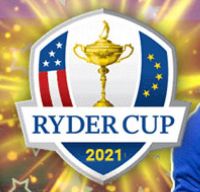 What a couple of weeks! This was championship golf at its best. It had pressure, star power, shot making, clutch putting all for a Tour Championship title and 15 million dollars! If this is what FedEx and the PGA Tour wanted in a playoff scenario, then they couldn't have asked for any better.

Patrick Cantlay is your FedEx Cup winner, who withstood the pressure of being the target that everyone was shooting at going into the last four rounds at East Lake Golf Club in Atlanta. The format gave him a two stroke lead over Tony Finau, three over Bryson DeChambeau, and four over Jon Rahm with others as much as 10 strokes behind. Whether you agree with the system or not, this is what the players were dealing with and knew the hill they needed to climb in order to win the title. Mentally, Cantlay was dealing with his position to par in relationship to his pursuers. Jon Rahm and Kevin Na shot the low four rounds at East Lake, but they were starting four and eight shots behind at the start. Some would say that is unfair, but Cantlay earned that advantage over a full year of excellence.

Is Patrick Cantlay now elevated to superstar status? No, he has to do much more to earn that recognition, but what he has done these past three weeks and his performance in 2021 shows he has what it takes to make the next step. The calm under pressure, the clutch putting with solid shotmaking are what major winners need. History will determine his place. One thing he doesn't have to worry about ever again is money. Fifteen million is a lot of money and still the players looked like they were dueling it out for a $5 Nassau. Very impressive!

Jon Rahm is the man right now. Nothing he did lessened his stature. He put constant pressure on Cantlay, which Patrick countered. The week before saw, maybe, the best playoff in modern history with Bryson DeChambeau and Patrick Cantlay matching shot after shot, putt after putt to a conclusion that you didn't want to end. Both could've won, but ultimately Cantlay prevailed. Currently we are blessed with some great players and golfers that can step up when it is crunch time. In the past there was Tiger and a couple of pretenders, now we have some closers with Rahm, DeChambeau, Morikawa, Schauffele, Thomas, D. Johnson, Koepka and now with Cantlay. It will be a dog fight for the majors in years of come.

Patrick Cantlay is the man of the hour and it is well earned. Next up in a few weeks is the Ryder Cup at Whistling Straits in Wisconsin. Captain Steve Stricker has some difficult choices to make, but luckily he has at least 15 players that are playing well. Personally I would tend to go with a younger hungrier group of players. Wednesday, he will make his decisions. One thing I know is that Patrick Cantlay will be on the American side and I don't think any European player will want to take him on at this time.