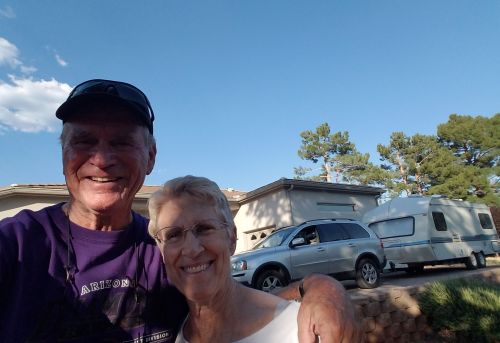 You miss a lot when you take a long vacation. Our travels took us 9,400 miles through 16 states (some twice) and five provinces of Canada to the very northern tip of Nova Scotia and back with our trusty 22 foot travel trailer. We usually take one good trip a year with our trailer, but this one was the longest both in miles and time. We definitely were not "roughing it", because we stayed in nice RV parks with electric, water and sewer hook-ups. Even so we didn't always have good wifi and television connections. We went through one stretch of not seeing television for two weeks straight. You miss it, but then you realize it's not that important, unless you want to see the US Open or other PGA tournaments. 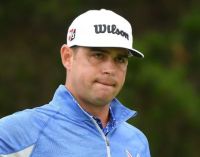 I saw highlights of the first three rounds of the US Open, but saw nothing of the last round where Gary Woodland won in convincing fashion. I can't really comment on his victory other than his physical stature and game match what I consider the ideal attributes to win a major championship with the exception of the Masters. He is a Brooks Koepka clone that had his "A" game going all week. I have seen Gary Woodland play on a few occasions. What impressed me the most was how strong and solid he struck the ball. Putting and short wedge game was only average on the times that I saw him. Not surprised that he could win a major, but as much as I like him as a person, I don't see another major in his future. It was his week and he made the most of it.

During the time I was on the road there were two events that I would have loved to watch. Nate Lashley's victory at the Rocket Mortgage Classic in Detroit and Matthew Wolff's win at the 3M Open in Minnesota. Both had great story lines. Lashley had been fighting the trauma of losing his parents and girlfriend in an airplane crash over fifteen years ago. He readily admits this has haunted him and held him back personally and as a golfer. He was the last player to be added to the field for this tournament and he ran away with the title by six shots. Emotional win, I hope there are many more wins for him.

The other tournament that I would have loved to have seen was Matthew Wolff's dramatic win in Minnesota. He turned professional only three weeks before and played like a seasoned veteran by making eagle on his last hole to win by one shot over Bryson DeChambeau and Collin Morikawa. Matthew has a strange backswing that would make you believe that he couldn't be a consistent ballstriker, but he is the reigning NCAA champion and has made the cut in three of the four PGA Tour events since turning pro. As far as the unorthodox backswing in concerned, you DON'T hit the ball with your backswing! Getting the club in the right position at the top of the backswing is the main objective. Getting it there can be easier than how he does it, but if that's the way that works the best for him, then that's the right way. Look for great things from Collin Morikawa and Viktor Hovland, two other recent college standouts, that both turned pro this past month. Each has made the transition to high level professional golf in a smooth and remarkable way.

I did get back home to see the last three rounds of the Open Championship at Royal Portrush in Northern Ireland. It was disappointing that Rory McIlroy and Tiger Woods could not be around for the final two rounds. In Rory's case, it was too much pressure to be the hometown and country favorite on a course that he knows very well. Say what you want, the first round for Rory was a choke. The next round of 65 was brilliant, but after you choke, then you are free to play your real game. Tiger was a different story. The golf pundits have speculated that something wasn't quite right with Tiger's health. After he missed the cut, he confirmed that he is having good and bad days with his body. He can't rely on his back cooperating on a regular basis. Sadly, what he once took for granted now is a day to day situation. The body has gone through a lot in the past six years. What we witnessed last summer and at the Masters was truly a miracle, now the reality must be addressed. Will we see Tiger win again? Probably, but we must also expect more missed cuts and non-tigeresk performances. That he is playing and still competing is a big bonus for all golfers. 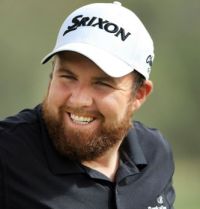 Shane Lowry was the best player this week at Royal Portrush. He handled all adversity better than anyone else. His swing and game were a perfect fit for this type of weather and golf course. Others have similar capabilities, but only Shane was able to handle the pressure and hit the right shots at the right time. His third round 63 was a masterpiece of precise shotmaking. History should note that this round was one of the best of all-time. His last round of 72 was the second best score from the last eight groups that battled through the toughest of the weather conditions. It was an impressive show of grit and determination, especially when you are trying to hold on to a four shot lead and have an entire island pulling for him. Ireland and Northern Ireland should be celebrating for a long time. Is more glory in store for Shane? His confidence should be sky-high and he should be able to carry this new composure to future wins. Will that translate to more major wins? I don't think so, but that should not take anything away from this victory. The Open of 2019 at Royal Portrush will long be remembered and celebrated and Shane Lowry will always be the deserving winner.